The last 12 months for one reason or another have seen a large drop in the number of times we play as a kinky D/s couple. Relying all to often on the core D/s parts of our dynamic to keep the wheels turning, albeit not as strongly as either of us would have liked.

Having the energy to think up ways to play and then coming up with ways to act out these fantasies had been a great motivator. So it was time to get that brain working again and come up with something exciting over the festive period.

The [12] Plays of Christmas

As happy as I am with the wordplay, I am also keen not to set myself an unreasonable goal. 12 different seasonal based kinky plays is a challenge and I don’t expect to do them all. After all the aim is to have fun and it’s not always convenient to cram it all in.

Littlegem doesn’t know of the ideas I have, she is only informed of the upcoming play, and told what she needs to know. I have also requested that she buys some outfits, to make it a bit more festive.

On The First Play of Christmas

One of the first indictors that it is almost Christmas is putting up the tree. With a less busy schedule than usual this year our Christmas tree was up late November to bring a bit more cheer.

To celebrate this it was decided that littlegem was also going to be decorated as a Christmas tree. Using our rope a Star Harness would be attached to symbolise the top of the tree. Her legs would also be tied and then she would be decorated in baubles and tinsel.

The reality is that it can be difficult for me to fully imagine how my idea will look, especially given that since I am decorating her I am looking for an aesthetically pleasing finish, and I think that was achieved. However this only came about because littlegem helped me decided what would look best. As much as I thought about how to decorate her and thought I was prepared I had to change up and accept that she had a better idea. It can be challenging to plan, only to have change up when the time comes and I know that it can be difficult for me to deal with that change. But in the end we are both pleased.

Needles were poked through the rope to hang baubles, as well using littlegem’s nipple bars. A thin wire of lights was also threaded through and tinsel added. Although I wouldn’t exactly call it a human Christmas tree, I think littlegem is festively decorated in a pleasing way. 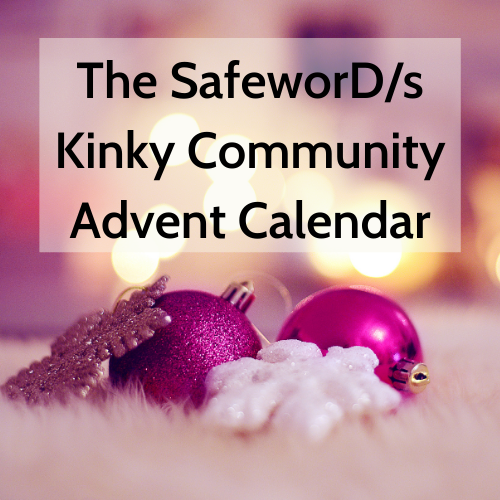 8 Replies to “The Plays of Christmas: Putting up the Decorations”